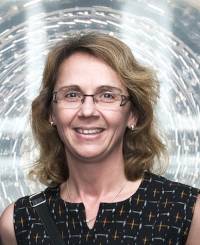 In August 2009 I arrived at KIT to become a Professor at the Institute for Theoretical Physics (ITP). My research focuses on theoretical particle physics.
List of Publications

I studied physics at the universities of Braunschweig and of Aachen, where I received my Master degree in 1997. From 1997 until 2000 I was at DESY Hamburg for my doctoral research studies and received my doctoral degree from the University of Hamburg in 2000. Afterwards I was a postdoctoral researcher at the University of Montpellier (France) from 2000 to 2002 and at the Paul Scherrer Institute in Villigen PSI (Switzerland) from 2002 to 2005. In 2005, I became Maître de Conférences at the Laboratoire d'Annecy-le-Vieux de Physique Théorique (LAPTh) and the Université de Savoie before I went to Karlsruhe in 2009 to become a Professor at the ITP. During my time at Annecy I was on leave at CERN, where I as a research fellow from 2006 to 2008.